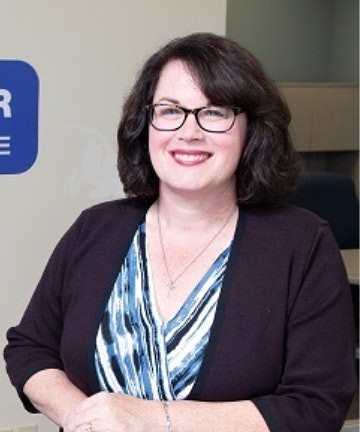 You could say that being in the insurance business runs in the family and with Chris, that’s certainly true. Her father, Charles M. Meyer began the company in 1972 and her mother, Rusty, began working for the agency in 1975. So Chris heard first-hand growing up about just what was involved in running a successful insurance agency, knowing that it takes hard work, dedication and an on-going commitment to your customers.

Chris pursued a business degree from the University of Missouri-Columbia, graduating in 1986. Her first job was on the corporate insurance side, working for Lawton-Byrne-Bruner Insurance Agency and then Marsh & McLennan. In 1988, she decided she wanted more customer involvement so she joined the Charles Meyer Insurance Agency - but under one stipulation - she would have to earn her income by building her own book of business.

Chris accepted that challenge and began doing exactly that - building her own book of business by working hard to meet the insurance needs of every potential client. Her dedication paid off as she received Safeco’s Award of Excellence in 1994, which is given out to top performing agents for their underwriting ability.

Chris has gone on to win that award many more times and has seen the business continue to grow. In 2010, Charlie decided to retire, knowing the agency was in good hands. Chris became both the owner and president of the company.

Getting customers the ideal policy comes natural to Chris. She’s very much a people person so she’s quite adept at understanding what kind of coverage each individual, family or business may need.

In addition to running the agency, Chris is married to Tom Blood, her husband of more than 28 years. They have three children, Tom Jr., Michael and Catherine who are now full-fledged adults. In addition to an active family life, Chris is very involved in her parish life as well. She’s served on the Parish Council, been a softball and volleyball coach and involved in ACTS, leading retreats for her own parish as well as others throughout the Archdiocese. Chris is also a professed Secular Franciscan and is actively involved in her local fraternity.

Chris is an extremely good golfer and can talk virtually any sport. She loves good movies, good music and traveling when she gets the opportunity. And perhaps most of all, she loves a good beer!